The Scientific Secret to Happiness

I happened upon this amazing TED talk that really helped me to understand what so many profess (without really understanding why) is a key to happiness.  If you are an inquisitive person and/or have a penchant for asking why before jumping into something with both feet (like me), then I suggest END_OF_DOCUMENT_TOKEN_TO_BE_REPLACED

Are you Getting it?

I recently came across an article about employee engagement in the US, and it referred to a recent Gallup Poll survey that found that 71% of employees are NOT ENGAGED in their jobs.

At first I was shocked by this figure but then I got to thinking about people that I know and how they feel about their work and I have to say that it sort of rings true. END_OF_DOCUMENT_TOKEN_TO_BE_REPLACED

I thought this journey would give me answers. So far, it’s just been more questions…. END_OF_DOCUMENT_TOKEN_TO_BE_REPLACED

On this day, I decided to do a video instead of writing.  It’s just quicker and  more convenient for me and site visitors. END_OF_DOCUMENT_TOKEN_TO_BE_REPLACED

I would like to share the 40 day Purpose Driven Life journey with you so we can share our thoughts and enlighten ourselves by learning from each other.

We are all in search of our purpose in life.  I want to use the chapters laid out in Pastor Rick Warren’s book as merely a starting point to see where this discussion leads so please, no judgement on the beliefs of others who post comments.

Let’s see where this goes! END_OF_DOCUMENT_TOKEN_TO_BE_REPLACED 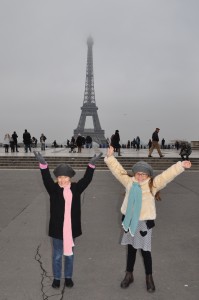 Hey my friends.  If you found this post, it’s because you are probably already aware of my journey to live with purpose and are tuning in to see what I’ve been up to lately.  So keep reading and I have a gem for you at the end that you will most likely find useful.

So if you haven’t heard, we packed up and moved to Morocco last summer.

Yep, my wife got a once in a lifetime opportunity for a corporate expat assignment and we jumped on it after we got all the answers we needed about security and schooling for our little munchkins.

Settling in was quite an experience and still every day there is something new to deal with but here is the really cool thing; END_OF_DOCUMENT_TOKEN_TO_BE_REPLACED

I also suggest you refer to this convenient cross reference guide to the biblical citations found in the book.

If you prefer to purchase a physical copy of the book, please order a Purpose Driven Life via our Amazon store.

I would appreciate if you shared these links with your Facebook friends by simply leaving a comment below.

1. I can’t promise the free download link will always work.  It appears that I have to find new sources for this book every once in a while but I have set up a monitoring system to let me know when the link is broken from now on…

2. If you prefer to buy a copy of the book, I thought it important to emphasize that all proceeds we may make from the sale of a Purpose Driven Life books sold via Amazon are donated to local charities.

Anyone Can Make a Difference as a Social Entrepreneur

So you have a dream of one day becoming a mega millionaire so you can make your mark on this planet and be a social entrepreneur. That’s great! I commend your vision, and I’m assuming that you’re working toward it right? But what if I told you that you didn’t have to wait until you were some rich mogul to make your mark. Wouldn’t you want to start right away? END_OF_DOCUMENT_TOKEN_TO_BE_REPLACED

Posted in Uncategorized | Tagged anyone can make a difference, social entrepreneur | 1 Comment

Well, I have to admit I was a cautious skeptic when it came to the Law of Attraction and how it related to limiting beliefs.   But, I was also curious, so I bought books and watched videos.

It fascinated me how so many people could say the Law of Attraction was true – so I just kept researching.   But, it wasn’t until I listened to a speech by ViSalus Sciences co-founder Blake Mallen that it just seemed to click for me.   Blake actually explained the science behind perceptions, beliefs, and reality.

So a couple of weeks ago, I had set a goal for myself to reach Regional Director and earn my BMW bonus.  I realized that I was preventing myself from achieving it because of my own limiting beliefs.  I was restricting my own reality because of it…So I shifted my beliefs and it WORKED!

After realizing and overcoming my limiting beliefs, I was so convinced I was going to achieve my goal that I acted and carried on as though it was a certainty.

But after realizing what they were and overcoming my limiting beliefs, I was so convinced I was going to achieve my goal that I acted and carried on as though it was a certainty.  I found this shift increased my confidence – obstacles I previously found intimidating seemed to dissolve, and opportunities that would help me get to my goal seemed appear out of nowhere…..I even pre-ordered my reward gift because of my new found certainty.

So I am no longer a skeptic.  I have found a new power that I intend to explore even more.

Here is the recording of Blake Mallen’s “Living off the Script” speech. I highly recommend your listen to the entire thing.

Please let me hear about your own experiences with limiting beliefs… 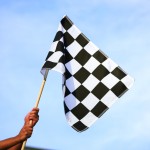 So after a couple of technical glitches, the TNT F1 contest IS ON! Jenson Button may have won the Montreal Grand Prix but who will get the checkered flag in this race?

If you want to skip the reason behind this contest, scroll right past the video and click the link to enter below, but I really hope you watch the entire video to understand why I’m doing this contest in this first place…

Anyway, I hope you have fun with this F1 contest, and I’d love to get your feedback and comments below!

Click here to Get all the details about the Rules and Prizes and Enter the F1 Contest Today!